A mid-sized neighborhood that lies on the east side of the river in North Chicago.

North Center is a mid-sized neighborhood that lies on the east side of the river in North Chicago. The area has an urban-suburban feel and a good mix of  professionals who live in this community. North Center is a friendly, fun neighborhood that has a wide variety of food, activity, and culture. With access to great public and private schools as well as plenty of parks for recreation, this community is great for families. The nightlife in North Center is top-notch as well with many highly rated restaurants (Sticky Rice, The Bad Apple, Mrs. Murphy and Sons, Alexander’s Restaurant, John’s Place, etc.) and fun spots for drinks (Volo Wine bar, Victor Bar, Grace and Leavitt Tavern, O’Donovan’s, etc.).
Entertainment in North Center is also abundant and family-friendly year around (Chicago River Kayak, Martyrs’, Timber Lanes, Strawdog Theatre Company). North Center is also a quick trip away from Lincoln Park, Lake Michigan, and Montrose Beach and is home to Richard Clark Park which rests right on the Chicago River giving residents an easy way to spend time outdoors for recreation or relaxation. Or head over and stop in the eclectic boutiques and shops along Lincoln Avenue. Check out The Globe Pub to cheer on a soccer game with the locals. North Center has easy access to I-90 and I-94 as well as the el train and bus transportation.

Ravenswood is located on the north side of Chicago in the Lincoln Square community. Historically an old German neighborhood, much of the history left behind by German immigrants has been erased. Today, Ravenswood is an extremely attractive option for those looking for an urban setting, as well as those who are also attracted by the amenities this urban neighborhood has to offer. In Ravenswood’s Historic District, located on the eastern border of the neighborhood, one can find century-old mansions as well as the home of former Chicago Mayor Rahm Emmanuel. Aside from the eastern Historical District of Ravenswood, Ravenswood is one of the city’s more affordable neighborhoods as well as exciting areas to live in. Walking through Ravenswood you will discover the neighborhood’s cool mix of urban and family friendly, with no shortage of extraordinary places. For instance, Architectural Artifacts is an extremely unique in that it is full of interesting and unusual finds from all across Europe and Central America in which you are able to purchase one of kind pieces. Lillstreet Art Center is a special spot here for a perfect gift made by local artists or if you’re in the mood for a ceramics or sculpture class. Or simply take a walk through sprawling Winnemac Park one of the area’s many green spaces to relax and unwind. The Ravenswood Industrial Corridor is home to one of Chicago’s most vibrant and diverse creative communities. Artists of all kinds have laid down roots in Ravenswood. Many historic manufacturing centers that once housed industry giants have been reimagined, each now home to countless talented artisans. Established in 2021, the Ravenswood Sculpture Garden celebrates the communities rich history of arts and industry. You will find public art everywhere through the neighborhood, many of the sculptures are located along Ravenswood Ave, between Lawrence Ave and Irving Park Rd. Ravenswood’s deep German roots are on display on “Malt Row.” Some of the city’s most famous brewers reside on “Malt Row.” You can sample some brews at laidback Begyle Brewing Company, Dovetail Brewery, and experimental Empirical Brewery and you can check out local

Lincoln Square is a neighborhood that rests on the northern end of the city of Chicago and the community has an urban-suburban feel as it is made up of both a dense residential area and great businesses and attractions for anyone in the neighborhood. It's a neighborhood where old world heritage combines with modern day charm. You'll find good schools, numerous parks, and great atmosphere. The cobblestone stretch of Lincoln Avenue is full of shops, boutiques, restaurants, etc. Lincoln Square has deep German roots that can be seen in the many German bars and restaurants that line the neighborhood. It is full of local businesses that create a diverse and friendly vibe throughout the community. A great spot for local shopping, with an array of independently owned boutiques and specialty shops, for instance, Timeless Toys and foodie haven The Chopping Block. With a number of tasty restaurant options (Jimmy’s Pizza Café, Elizabeth Restaurant, Rainbow Thai Cuisine, The Sixth, Goosefoot, Gene’s Delicatessen, etc.), and trendy bars for brunch or late night entertainment (Lincoln Square Taproom, The Grafton Irish Pub & Grill, Big Joe’s Chicago, etc.). A 100 year old theatre, now an old-time movie house, the Davis Theater, where you can catch new releases, some popular favorites, vintage films, and more. Plus there is Old Town School which has launched the careers of many notable folk musicians, Book Cellar, and DANK Haus. This neighborhood is an incredibly family-friendly community and has plenty of activities that are fun for all ages (Welles Park Nature Space, Bit Space, Amy’s Candy Bar, Winnemac Park), not to mention the popular Square Roots Festival and Maifest every summer. With easy access to the el train and bus transport as well as the interstate, Lincoln Square makes it easy to get out of the city or drive right into it.

Browse Properties in the Area 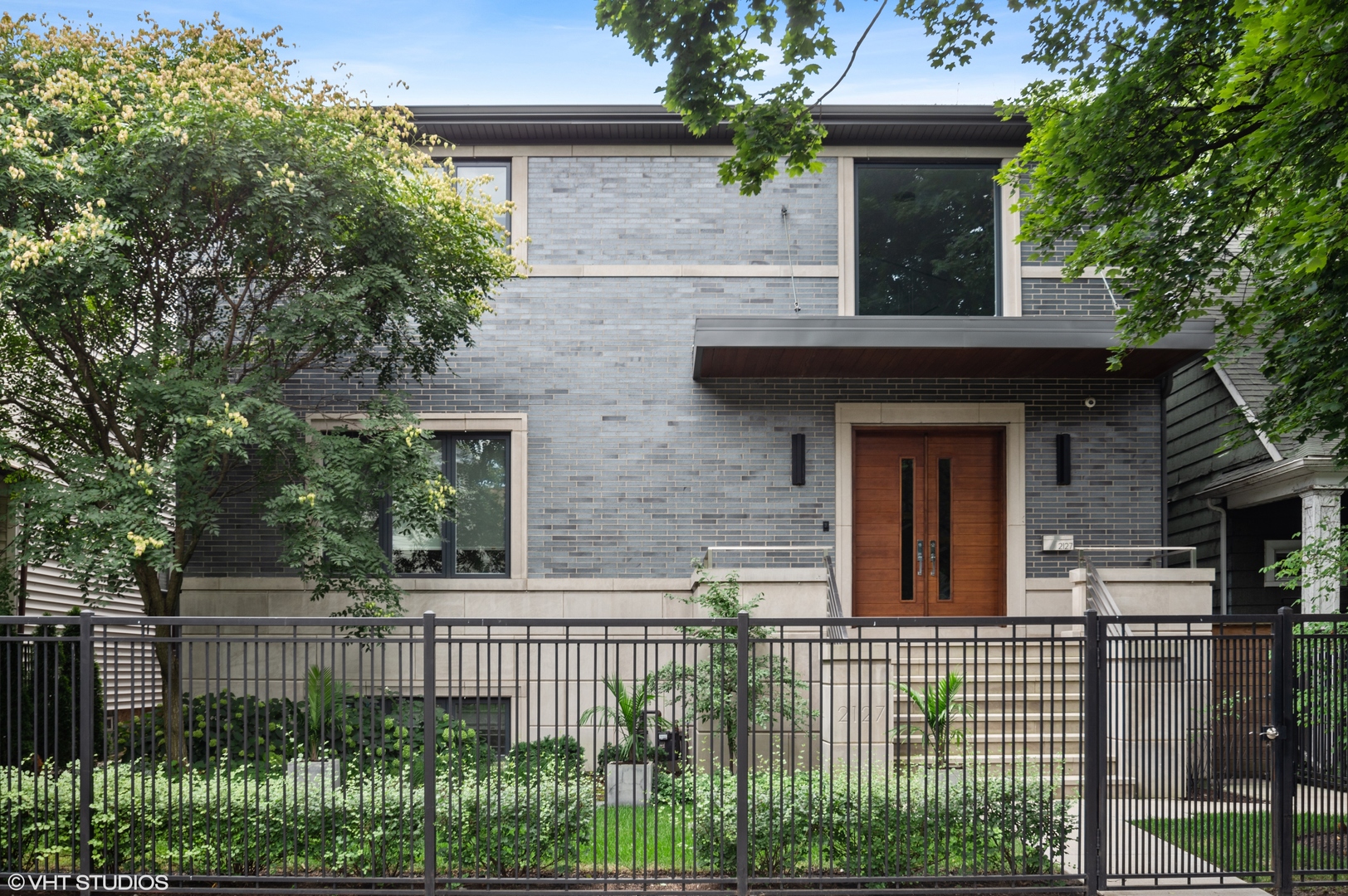 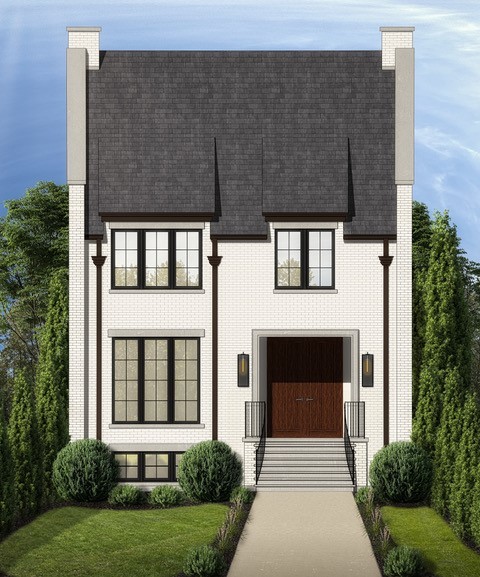 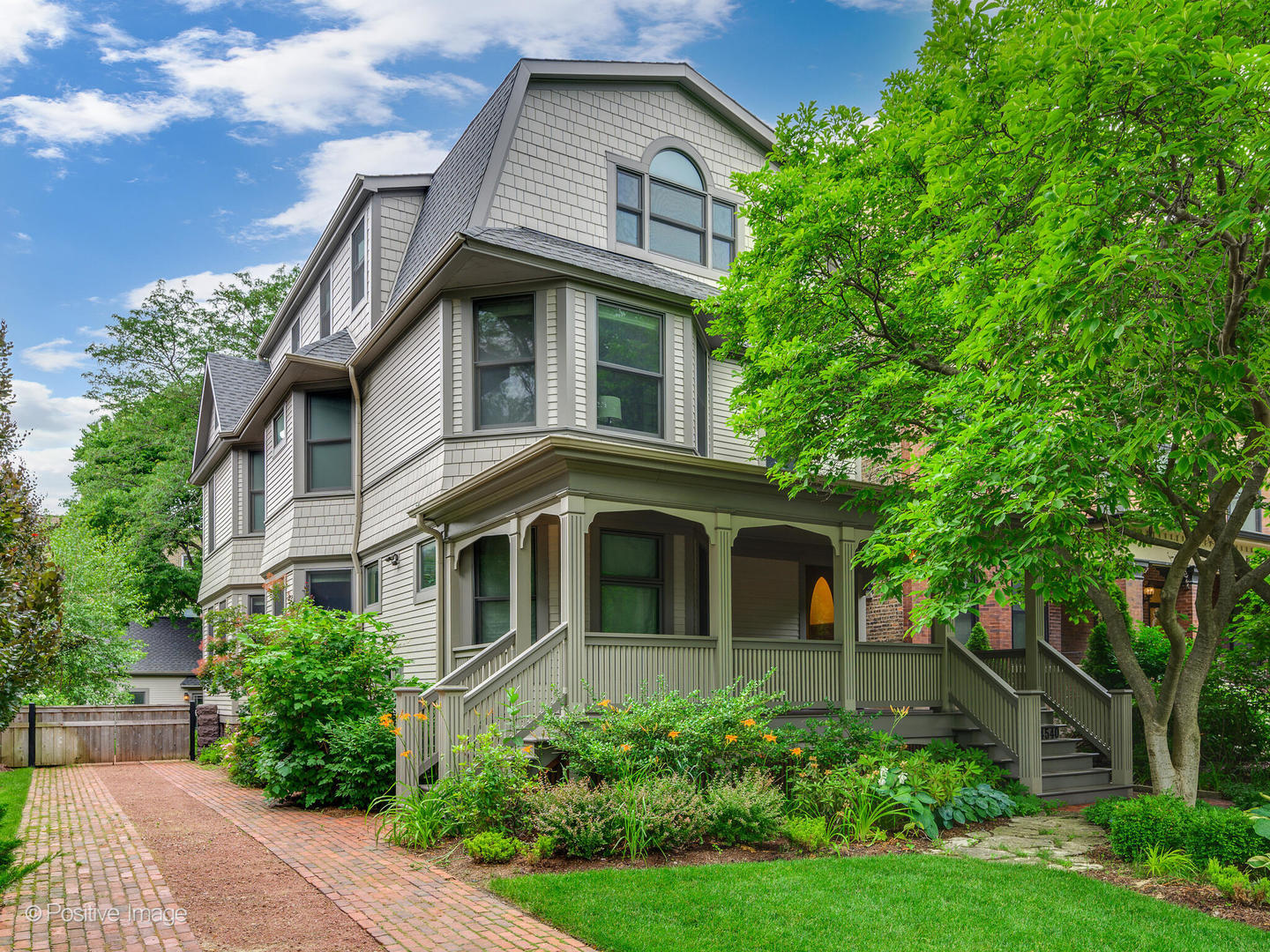 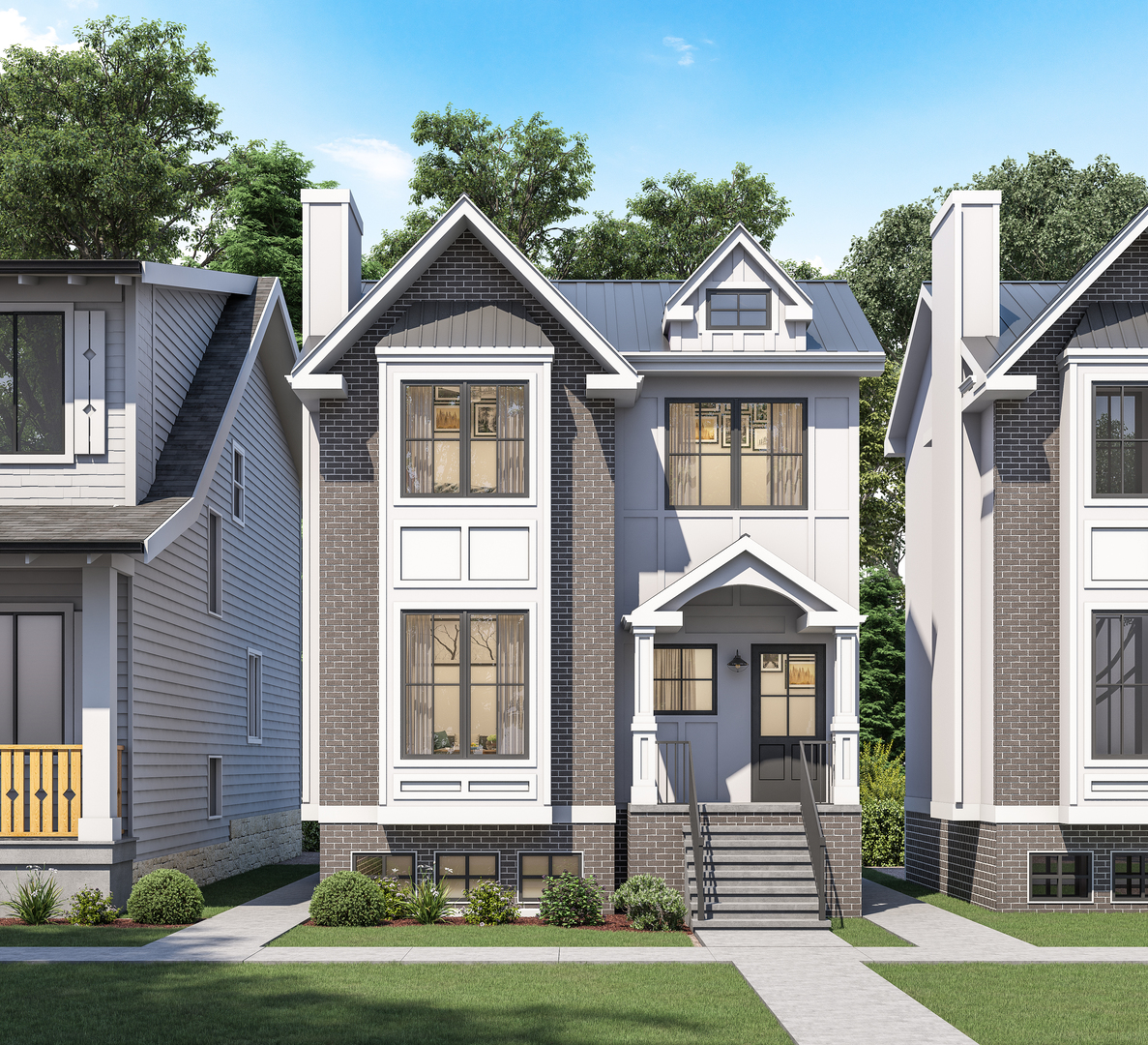 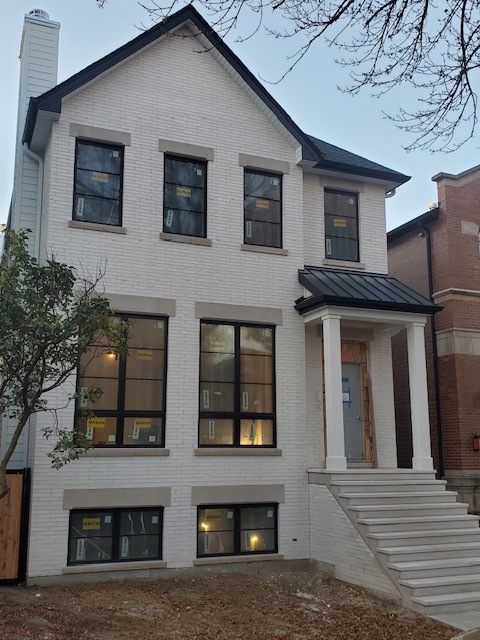 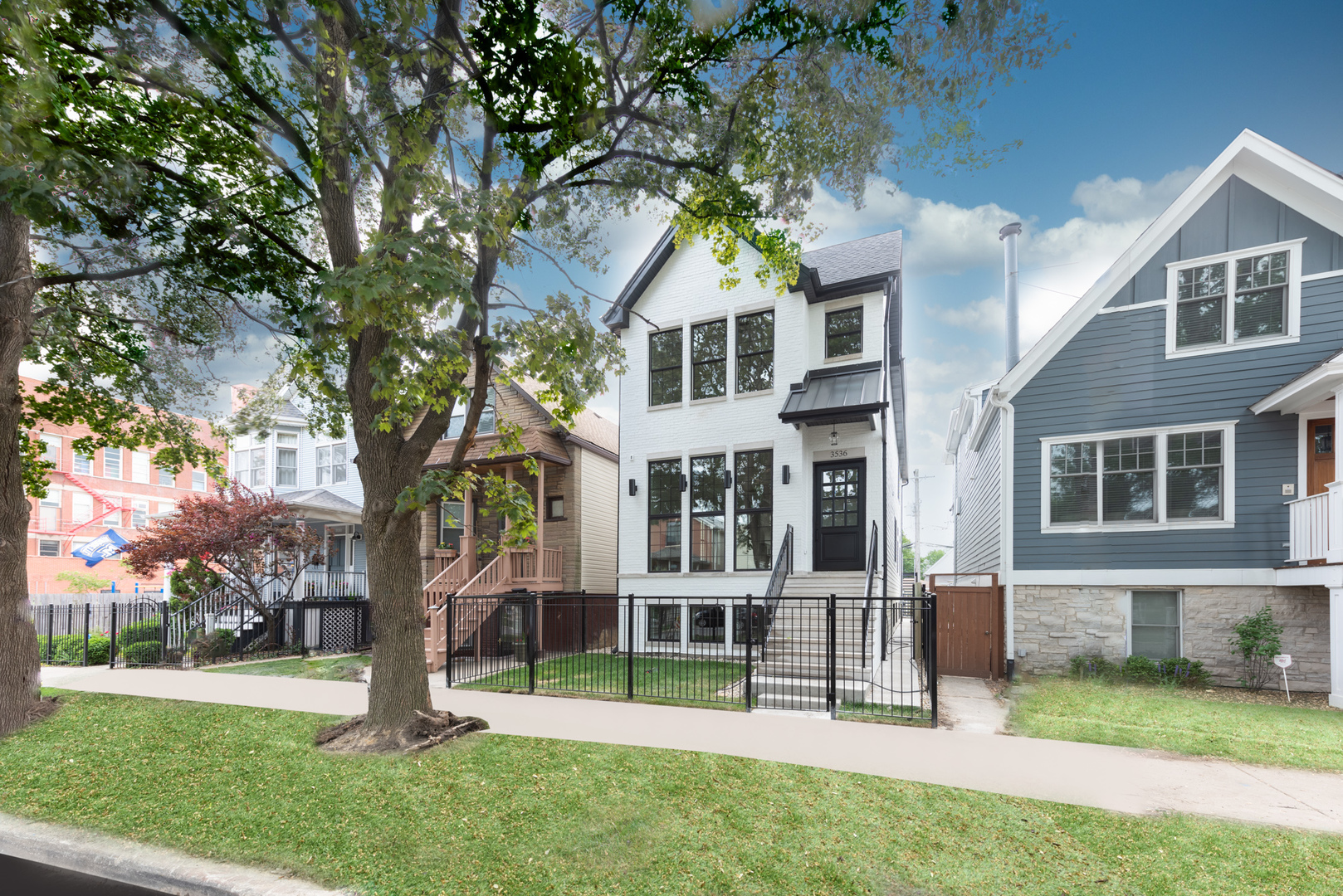 Selling, buying, or investing? We've got you covered in Chicago and across the world. Message us and we will get the job done for you.